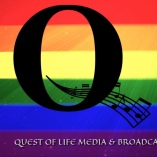 QLRadio
On February 17, 2018 QLRadio went LIVE broadcasting music from LGBT Independent Artists. Our own radio station was not in the plan 16 days earlier. We were partnering with an existing source. It became quickly apparent that we needed faster and more control of this marketing tool. Voila’.

We hope to begin operation with this so we can test and fine tune it.

Emerging Artist Grants
We would like to launch our Yearly Emerging Artist Grants program in the Fall 2019. For this we are looking at an additional $3000. The emerging artist grants are awarded to newer or first time release artists. Nothing encourages creativity and pride in accomplishment than holding your own music CD. I know, Christmas 2018 we released a holiday compilation album. This was a long time dream of mine and I still grin when I see it.

Venue Database
Also in 2019 we would like to get our Tour Venue Database up and running. This database will help LGBT artists planning tours to locate venues in their planned areas of travel. These venues will welcome them, support them and help them feel safe in unfamiliar parts.

Start Up Expenses
Near the end of 2018 we were able to eliminate some of our startup debt thanks to you. We still have a little more to go and would like to eliminate that in the first half of 2019.

Audience
In our first year we have had visitors to QLRadio and our related websites from over 40 countries (See Image Below). Life for LGBT people in some of these countries is quite volatile. I’m excited by the thought that we might be a beacon of hope. 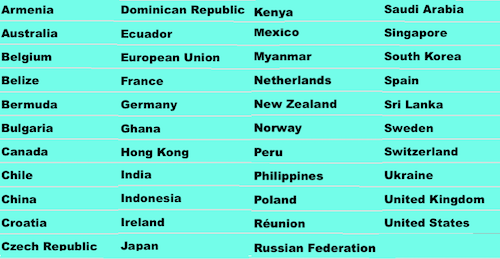 Would you like to be on our Board of Directors?Contact our Chairman Jeremy James at:
QoLMB_Board_Chairman

Quest of Life Media & Broadcast was established in October 2016 by Steve Sims.

Steve is originally from Seattle and has been working with nonprofits since 1989.

His first venture was with AGLYA (Association of Gay & Lesbian Youth Advocates). In 1991 AGLYA with support from AFSC, Stonewall Recovery, and Seattle Counseling Service created The Lambert House, one of the first LGBT youth drop in centers in the nation. That same year Steve assisted Tina Podlodowski in bringing the name AGLYA to a close, transferring the AGLYA non-profit status to Lambert House, and assembling a new Board.  Today, Lambert House has a national reputation as a leading organization queer youth.

In 2003 Steve relocated to Upstate New York to be a part of and help run nonprofit Easton Mountain Retreat & Conference Center. In 2004 Steve began his work in Radio at WRPI Troy, 91.5 FM. In his time in radio he has judged national and international LGBT music award events, done interviews with people like Gregory Maguire, Stephin Merrit, and Cris Williamson.

Over the years he has volunteered with Seattle Counseling Service Crisis Hotline, American Friends Service Committee, Seattle Parks and Recreation, Camano Island Fire Dept, and since 2004 has been committed to supporting LGBT singer/songwriters/musicians by expanding the reach of their music.